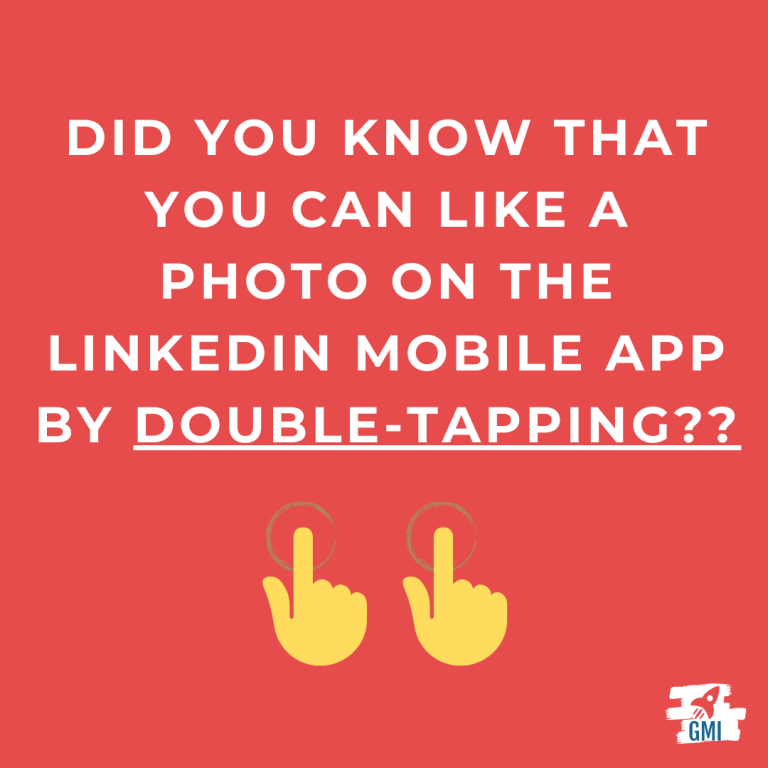 How do you use LinkedIn: on your phone or on a computer or using the LinkedIn mobile app?

I was inspired to make this post after I conducted a small survey with my connections on LinkedIn. I asked whether people were using LinkedIn on their smartphones or on a computer or laptop. What do you think most people said?

I would have assumed most people were checking in on LinkedIn on a computer or laptop, probably at the start of their workday as they check their email and get ready for the day. I was completely wrong! Turns out that most people are on LinkedI on their phones, and thus their mobile apps.

A major difference between LinkedIn on your computer’s internet browser and LinkedIn for mobile is that you can “like” content by double-tapping on the post rather than tapping the ‘like’ button. People who also use Instagram, Facebook and some other social media platforms already know about this feature, but I found that most didn’t know about it on LinkedIn.

This doesn’t work for every piece of content though. Let’s go through where this little trick works and doesn’t work on LinkedIn mobile.

Where the double-tap “like” works on the LinkedIn mobile app

One fun way to use the double-tap feature in your content.

Depending on how much fun you want to have, you can play with the double-tap feature in your content. I did it by posting a photo of myself “sleeping” on an airplane and asking folks to “double tap the image to wake me up.” 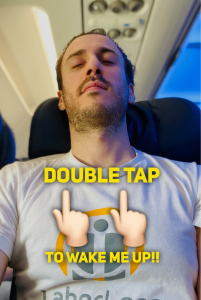 Of course no one thought that it would be possible to actually “wake me up” that way, but some thought that maybe it would surface another picture or do something else interesting. Instead, it was just a way to show them that double-tapping can “like” a post!

Of course at the bottom of the post I made it clear that I was kidding about “waking me up” and that it was more of a fun way to show people a new feature. And lots of people commented in jest that indeed they were “tricked” and that they now learned about the feature!

So, if you want to use this feature as a fun way of introducing it to your network, post something with an image and ask your network to double-tap to do something. Or if not, you can simply just ask people to double-tap the image if they like your post / agree with it / etc.

The only issue I see with this is that people who do indeed use LinkedIn on their computer may be confused at best, or annoyed at worst. However, if you’re clear in your post that double-tapping only works on the LinkedIn mobile app, that should hopefully do it.

What do you think about strategizing your LinkedIn content with the LinkedIn mobile app in mind?

If you’re just getting started on LinkedIn and strategizing around your content, posting for a mobile  audience is important as an immigration or global mobility professional, or really any professional trying to leverage LinkedIn to grow, since so many people use the LinkedIn mobile app on their phones.

I hope knowing this little trick will save you time and help with engagement. Do you use the LinkedIn mobile app? If so, how do you like it? If you don’t use LinkedIn on mobile, why not? Leave a comment below or sign up for the free GMI Rocket Slack community to join hundreds of immigration and global mobility professionals to discuss topics like this, network and connect! 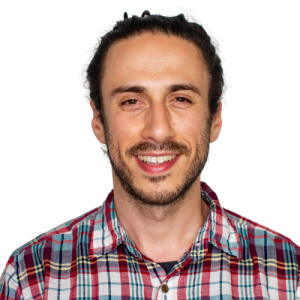 I help immigration businesses around the world level up their brands, enhance their LinkedIn and YouTube presence and grow through original written content, LinkedIn coaching, YouTube coaching and other strategic consulting.

Ready to Launch your brand into the digital age?